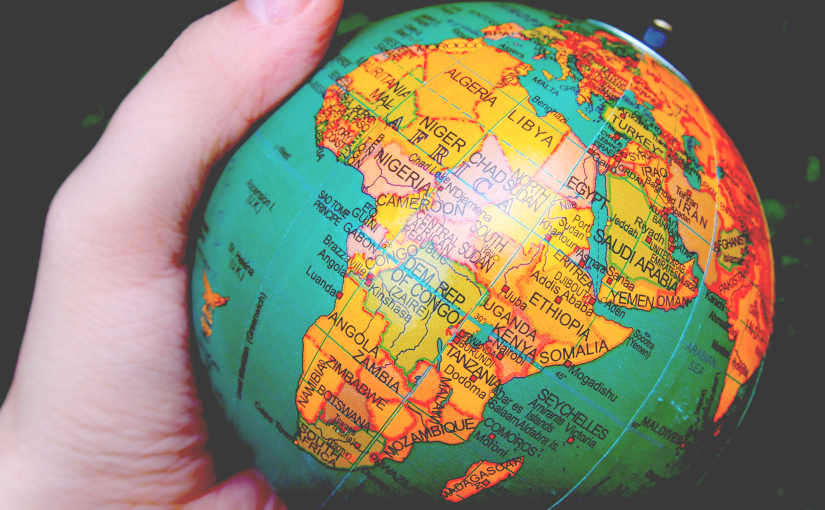 I have never been outside the country.

In fact, I’ve never been outside the southeastern United States – save for New Jersey, where I was born.

I have only ever existed in Eastern Standard Time.

The farthest I’ve ever traveled alone was a two hour drive.

The last time I flew, I was four-years-old.

And yet, I’m going to Europe.  By myself.

Or at least Paris and London, which is a very tiny part of Europe – and yet, Europe.

I’ve recounted the tale several times – yet, not on this pile of trash I call a “blog.”  Many have called me brave; most have called me stupid.  You be the judge. [hint: it’s the latter]

It begins on a day at work, with an email.  Harry Potter and the Cursed Child tickets were on sale for recipients of “priority emails.”  As a most feral Harry Potter fan, I knew regret would follow me all my days should I not try to buy tickets.  I was hoping I couldn’t get them – but I’d hate myself if I never attempted.

Despite all odds, friends, I did get tickets.  My initial reactions are documented here.  Still want to vomit, no big deal.

After making said terrible decision, I inquired: Do I sell the ticket back?  Or do I actually make this happen?

As someone with lofty ambitions who is in a constant state of wanderlust, I decided to do my best to make it a reality.  The original plan was as follows: three weeks, the entire United Kingdom, and – other than the play – escape into the the countryside with my sad amount of stick shift skills and prayer.

Of course, I didn’t tell my mother any of this.

Despite being twenty five and an adult (technically), I respect that old woman.  And I knew she wouldn’t be incredibly supportive of me vanishing into the British countryside.  Nor was anyone, really.  I’m young, *cough* “beautiful” and all the foreign men allegedly want to steal me.

Regardless, I persevered.  The first step?  Getting my passport.  As a byproduct of living in podunk nowhere, I took off to Georgia to have it processed. Armed with my paperwork from the post office, a Walgreens headshot, 150 dollars and glee, I was ready for this.

They kept my birth certificate, much to my mother’s chagrin; at this point, she still didn’t know I was planning to track off into the moors.  I told her I was getting my passport as “a New Years Resolution” – which was absolutely true, and not a lie.

After talking to several people who were – apprehensive, to say the least – about me going off on my own, my own doubts grew.  The farthest I had been on my own was Atlanta – and despite beliving that people are mostly good in this world, my anxiety was still paramount.

So alas, everyone can thank Scotty, a.k.a. my mortal enemy, for changing my mind, as he stated that first, I needed to tell my mother, and secondly, should I go alone, some fat guy would abduct me as his sex slave.

Front street: I think I’m safer overseas than I was in Atlanta.

Regardless, *sigh* he had a point.

So first?  I told my mother.  She has accepted that I am traveling, but the only thing she can really say is, “I can’t wait until you’re home.”

A year-ish ago, I was keen on going with EF College Break.  They’re relatively inexpensive, harbor 18-28 year olds, hit up all the touristy things, plan all accommodations, flights, transportation and some meals in their all-inclusive price. And for those concerned, I wouldn’t be alone for the entirety of my trip.

I chose not to initially because I thought the dates would clash with those of Harry Potter and the Cursed Child, a.k.a. my worst impulse purchase – until I realized you can add days to the beginning and end of your trip – and book your own flight.  So it became viable – and friends, that’s what I went with.

Despite this ideal tour group, as a 25 year old teacher, the “18-year-old” part of the age range causes hesitation.  The idea of traveling to a foreign city with my students within a legal drinking age has about as much appeal as carving my own legs into bedposts.  Despite this, I’m not actually responsible for them, so, unlike my students, let sleeping dogs lie.  Even if it is in some street gutter in SoHo.

Fingers crossed, there will be some travelers in our party who’s idea of a good time is delving into culture and crepes.

Let it be known that I am quite thrifty.  Not to the point where I let my frugalness effect an experience – obviously, as I am planning an entire trip overseas around a play ticket – but if I can cut a corner I shall.  So when my uncle came boasting about ninety dollar flights to Iceland, I knew I had found my choice.

“We promise you that WOW feeling.”

And friends, I’m pleased to say I managed to get a flight to London for almost $750 dollars.  Of course, they offer no inflight entertainment… or food… or water… or anything that would make it a remotely enjoyable experience.  I presume my seat is made from recycled lunchroom trays.  It certainly gonna be some “WOW” of an experience.

Carry ons are free up to 11 pounds – which is the weight of a cat, and not nearly enough.  So I paid extra to carry up to 28 pounds, which is two cats and a kitten.  Stating this, for two weeks I’m carrying my life in a Patagonia backpack.  Can she do it?  I have the compression bags and tiny toiletries.  Clothes for a week, and an adventure in… laundry.  Mother doesn’t think I can do it.  She doesn’t believe in me.  She’s probably right.

As WOW airlines is relatively new and their planes are made from recycled coke cans and Icelandic brawn, they only leave from a select few locations in the U.S. So – I get to spend the night in Boston.  I have a nice hostel, which is near a park and a Chinese restrautaunt.  Livin’ large.  Hopefully they’ll be some witchery afoot.

In addition, as WOW airlines is Icelandic, and as a gimmick for tourism, we have a two hour stop over in Iceland.  I’ll probably puke into a toilet and leave a little bit of my stomach acid behind.  Or eat yogurt.

Our trip advisor told us to save $100 dollars a day for food and souvenirs.  Which I think is ridiculous.  As I have that limited bag space, and limited money, I’m keeping my souvenirs at the minimum.  As for food – as, adventurous as I may be, it doesn’t extend to that.  I don’t care for ” funny meat” as I call it.  The most adventurous I get is eating pepperonis from a bag – if you think I’m going to eat cow eyeballs you’ve got a better sense of humor than I.

So what will I be doing?

Well, that’s for me to disclose later.  A magician doesn’t show her hand – I’ll let the adventure unfold.

There’s a possibility that I’m throwing up right now at the thought.  I’m riddled with anxiety about pretty much everything in life; from big things, like traveling abroad, to small things like, should I try a new conditioner.

For someone who is taking most of this trip alone, without cell service and living off American Express and prayers, this is terrifying.  However: I’ve always wanted to travel and traipse across the world – and part of achieving dreams is overcoming fear and just doing it.

Perhaps this is a little bit of a “rip the bandaid off” type of method; yet, think of how much more I can do afterwards – I’ll, [movie trailer voice] be a new woman.

So, if you’re the praying type, pray for me on this journey.  This is not a trip of a lifetime, because I plan on making a thousand more – but it is my first.  I hope to write many blog entries about the experience.  I’m certain it will be wonky due to the circumstances;  throw girl, who has never been outside of the USA into various foreign countries, nearly alone, and have her adapt.  Also, it’s me, who didn’t learn how to fully cut a meat until she was 18.  I’m in a state of arrested development.

For whatever reason, if you want to follow my journey, check me out on twitter [@raychillie], which will feature an uncensored stream of nonsense; on instagram [@appleandkey], which will not feature as many pictures as you want because I must wait and post pictures from my *professional* camera, or Snapchat [@raychillie12] where I’lll post daily updates as to if I’m still alive or not.

p.s. Yes, I airbrushed my old lady hand.  Judge me, JUDGE ME.

One thought on “Away We Go”